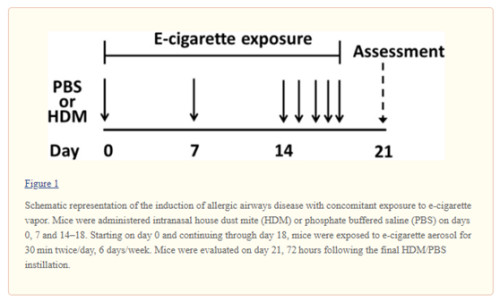 Effect of e-cigarette exposure on weight 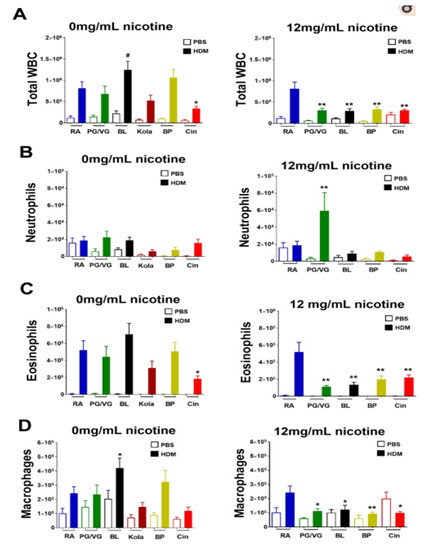 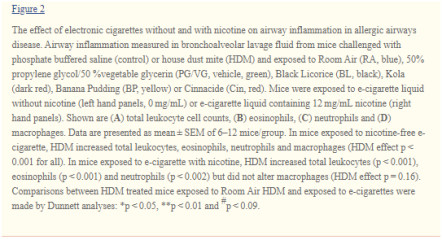 macrophages were increased in HDM mice exposed Black Licorice compared to Room Air, with a trend towards increased total leukocytes. PG/VG, Kola or Banana Pudding did not alter total leukocytes, eosinophils or macrophages. there was no difference in neutrophils between HDM mice exposed to Room Air and those exposed to any of the nicotine-free e-cigarettes. This suggests that flavored e-cigarettes without nicotine have variable effects on airway inflammation during allergic airways disease, with the direction of the effect and the type of inflammatory cells affected dependent upon the specific flavor. 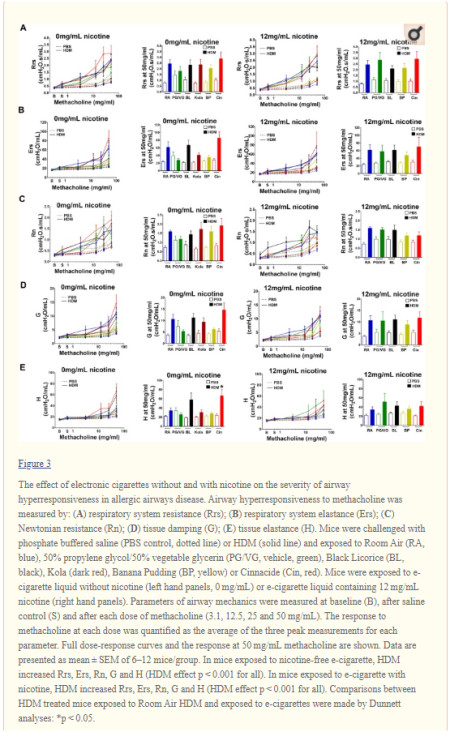 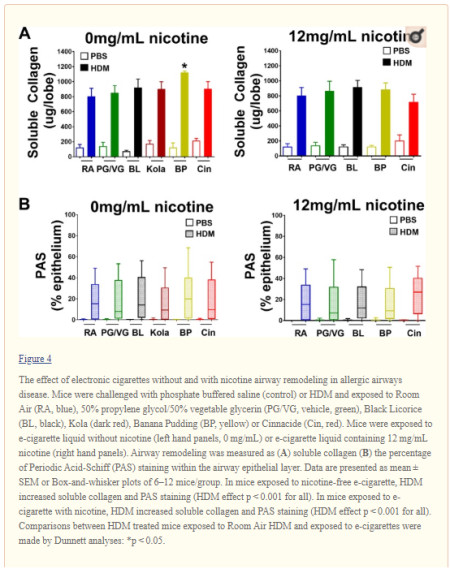