In the last article, “Best Pod System for THC/CBD E Juice,” we took a look at the Asmodus Flow and Vapedynamics Cora. The Flow was a prototype and had a few problems, as one would expect. The Cora was a nice first find but I took it on vacation and found myself won of MOAR! So we continued our search for the Best Refillable Pod Mod to fill even the hungriest of appetites with Wax Liquidizer infused THC E Juice.

The Vladdin RE Ultra Portable

The Vladdin is a 112mm long and 19mm wide refillable pod system. It uses a 350Mah battery and magnetic connections to attach the pod. It is auto draw so no buttons to deal with. The pod mod charges via Universal micro USB and has a short circuit and low voltage protection. The kit comes with a battery, 1 x pod, and a nice USB cable. The battery charges quickly and I only had to charge twice for 1 pod. It is small but delivers powerful hits!

The Vladdin RE is refilled via 2 port holes in the top of the pod which is closed off by inserting a rubber plug. I always fill using a blunt nose syringe as it is small enough and mess free. Plus, the lines of measurement on the syringe help to avoid overfilling the 1.5ml pod. The top cap-mouthpiece snaps over the plugged portholes ensuring no leaks. I have carried this system in a very hot car, pocket, backpack, first aid kit and purse (not mine;) and had zero leaking. 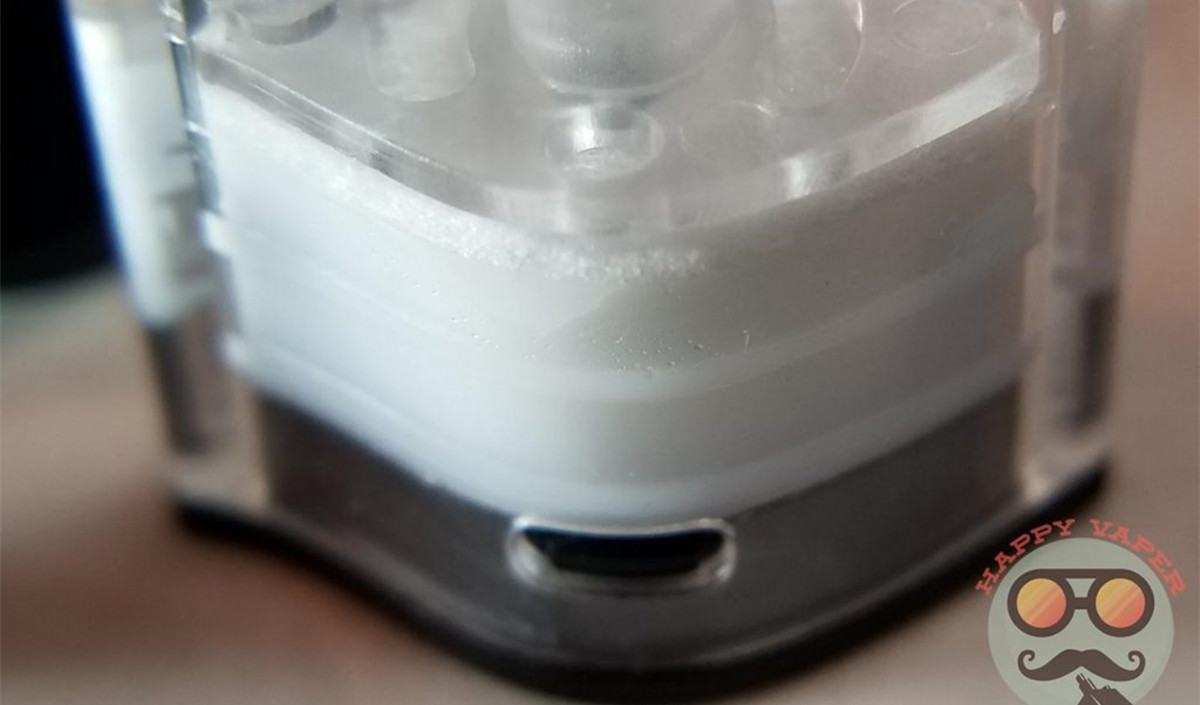 They have a proprietary ceramic coil system that looks interesting and gives great flavor. I get absolutely no spitting. There is a 5-6 second inhalation cut off which serves to prevent you from overheating the coil and juice.

My suggestion for operation is to follow the maker's indirect directions.

In other words; take the long 5-6 second puff and then puff again after the shut off rather than 2 seconds, 2 seconds, 2 seconds over and over. Taking smaller, consecutive, non-stop hits will overheat the coil and darken the juice when the juice-level gets low. It seems to be fine when it’s filled, however. I think it has to do with how dry the juice becomes by the end of the pod coupled with too much heat. Discovered that on 4th July when many people were puffing and sharing the Vladdin. Real world testing is a must.

Let me say that even though the pod was roasted by several people and the juice darkened at the end of the pod...the taste stayed great! Moreover, once I refilled the pod it stopped darkening the mix. It really is the result of too much heat and too little juice in the pod.

Therefore, I would suggest keeping more than ⅓ juice level if the idea of any darkening bothers you. But it is minimal and taste remains good, as it should for the Best Refillable Pod Mod.

The Pulse is a great budget minded refillable pod mod. Those attracted to shiny lights and slightly larger capacity pods also will find the Pulse a good time. It is also auto draw and the battery is 380Mah with 8 watts of output. Just like the Vladdin the battery charges quickly even though I had to recharge 3 times to finish the pod. The pods are slightly larger than the Vladdin at 2ml but I would caution against filling to the top in order to avoid spillage.

The pods connect to the battery by simply snapping them in. The plastic catch system on the mouthpiece feels cheap but holds it tightly to the pods. Removing the mouthpiece from the pods is a little challenging because the cheaper plastic feels like it may break if one is not careful. In fact, I broke the plastic mouthpiece trying to remove one.

Attach a pod to the battery the whole system feels robust. I have had it in the same conditions as the Vladdin and no leaking.

The battery/chassi is outfitted with multicolored lights which can be changed by clicking the power button 3 times to enter the mode then clicking once to cycle through the colors. You can also turn the lights off for stealth. I personally like the lights. The higher battery output is for the addition of  lights, as the vapor output is less than with the Vladdin.

As with the Vladdin, the pods are filled via two portholes in the top, which are covered by a rubber plug. The plug is also very delicate. When removing be sure to remove each plug individually rather than just one and then tug on the whole thing to get the other out.

The Pulse has a 10-second auto shut off to help with overheating. Though I have never felt like it gets too hot. Be sure to give the atomizer time to vaporize the juice by inhaling slowly. Fast inhales will get juice in your mouth, as it doesn’t have time to vape. Still, it isn’t spitting out burning hot juice like some other pod systems I have tried. The cloud production and taste are pretty good, especially at the price point. At the time of writing, I see them for $17.95 at Element Vape.

Vladdin RE: Sturdy build, no leaking, great taste, great taste (not a typo) PLENTY of clouds, No spitback or flooding, fast universal charging, 2 recharges to finish a pod, small and discreet.

Vladdin RE: Though very unlikely, the pods could detach from the battery since it is only a magnetic connection. However, the pod still wouldn’t leak.

Limitless Pulse: Fragile Pods (Rubber gasket, Plastic catch and mouthpiece), much lower vapor output than the Vladdin especially given its larger battery capacity and twice the time for inhalation before auto cut off.

They are both great pod systems. I included them both because either would do well. However, the Vladdin is definitely a superior product. The proprietary ceramic gives great taste and no spitback. The hits are big for what it is and the price is still right at $29.99. I have filled a pod 3 times so far and it is still going strong. The battery charges quickly is universal and you must only charge twice to finish a pod. 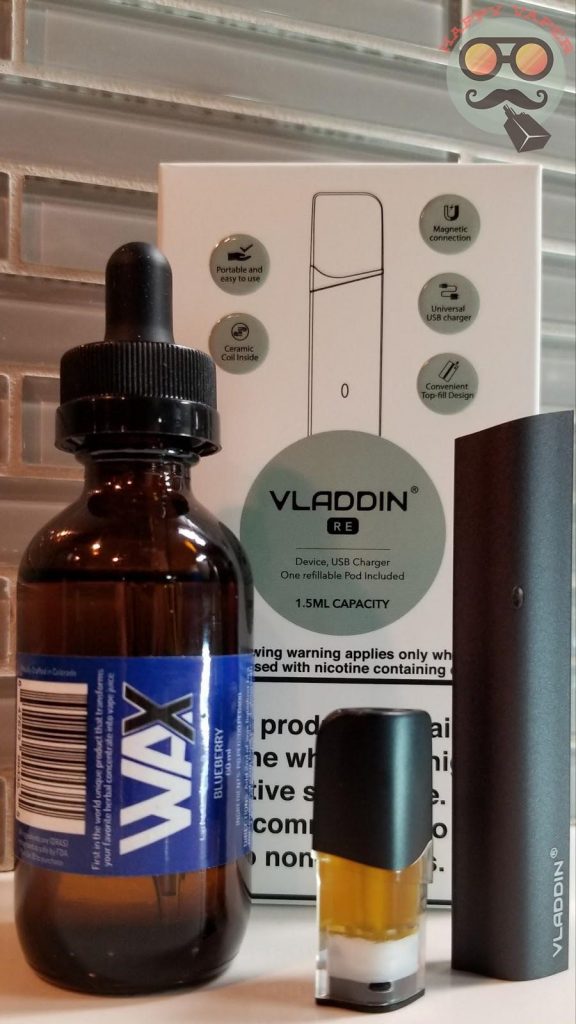 More pods are incoming. I had a problem with one and am waiting on a replacement battery. So will update on those later.

Next up we’ll take a look at batteries and mods. Which is best for you?

As always, thanks for reading and check back soon for more!